Why do we celebrate Valentines Day? 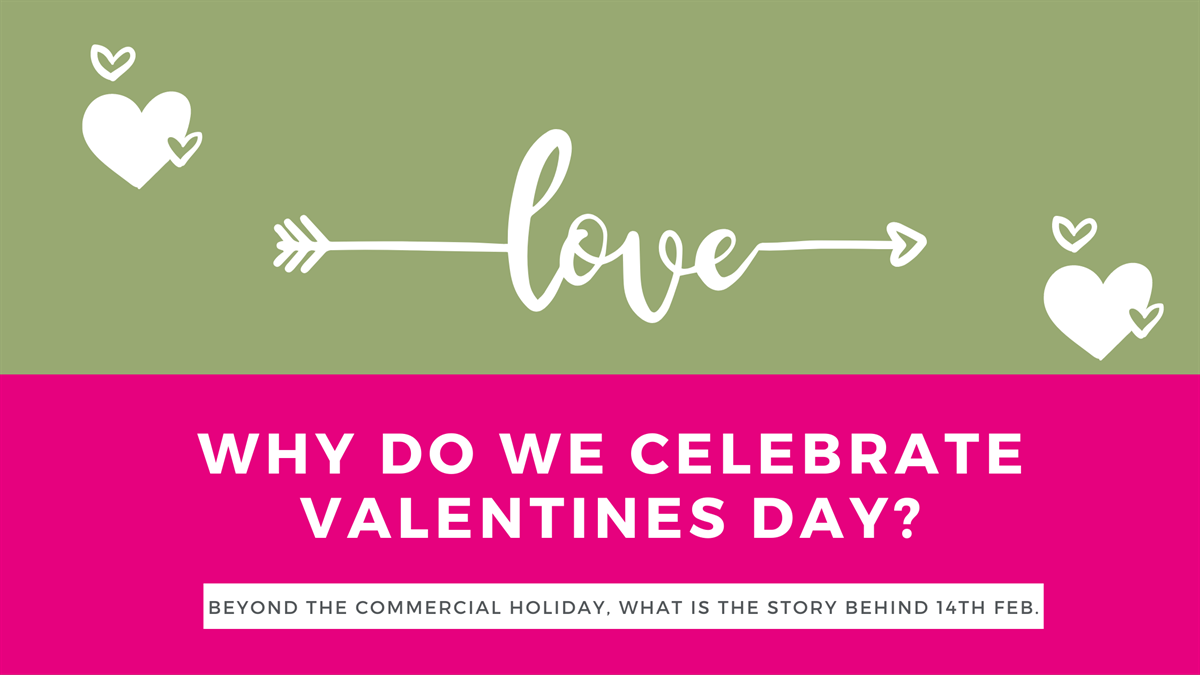 Valentine’s Day is perhaps the loveliest day of the year. February 14th: the day where cultures around the world celebrate love and being loved. With restaurants booked up with lovebirds and bouquets of flowers blooming on every tabletop, it’s the day for couples, family, and friends to let the important people in their life know that they are adored and important.

Valentine’s Day, however, was not always a day to celebrate love in a broader term, but to remember a man who believed in love so surely that he died for it. St Valentine was a devout Christian who lived in the 3rd century, a time when Christianity was just becoming popular, and tensions were especially high between Christian Romans and Pagan Romans. During this time, the Pagan Roman Emperor banned marriage amongst his soldiers, believing that loving a wife would deter a man from fighting for his state and country. St Valentine found this to be a tragic practice and began marrying young Christian soldiers to their sweethearts in secret. Unfortunately, St Valentine was discovered and arrested. He was imprisoned for some time, and given the chance to convert to Paganism, but he refused and was sentenced to execution.

While imprisoned, St Valentine met and cared for the jailer’s blind daughter, with legend saying he even cured her of her blindness. Before he died, he allegedly sent her a card for her to read with her newly seeing eyes and signed it off ‘Your Valentine’. St Valentine was executed on the 14th February, setting the fated day of love for all.

So, for many years, Valentine’s Day was a small celebration dedicated to a man who died for his religion, and Valentine’s dedication to love and his acts in ensuring so many young soldiers were tied to their wives was almost forgotten. During the Middle Ages however, ‘Courtly Love’ – a culture amongst noblemen and knights of passionately professing their love for a beautiful woman and undertaking great and possibly dangerous acts to woo and win her – began to grow. With the rise of Courtly Love, the poet Chaucer finally reconnected St Valentine and Valentine’s Day with its original message of love, and states “For this was on St Valentine's Day, when every bird cometh there to choose his mate.” Chaucer’s influence amongst the Courts and its culture helped solidify Valentine’s Day as a special day dedicated to celebrating passion and emotion within love and relationships, and as Courtly Love evolved into modern-day ideas of dating and gift-giving in romantic relationships, the world kept February 14th, Valentine’s Day, as a day to celebrate the beautiful emotion of Love.

Today, people recognise that love comes in all forms, between all genders, religions and races. It's also about the relationships between family and friends, they are just as worthy as celebrating  romantic love. Friends support us through immensely difficult situations throughout our whole lives, and family is always there to fall back on. So as the fated Day of Love rolls around, remember to consider all those people  in your life you find important, even if you do have a special someone to book a table at a restaurant with.

If your looking for a new home to fill with love all year round, contact us, we know all about Love, after all it's in our name.....